Oktoberfest – one of the biggest, internationally known annual celebrations where people from all over the world flock each year. This 16-day folk festival is filled with so much culture and history, […]

Oktoberfest – one of the biggest, internationally known annual celebrations where people from all over the world flock each year. This 16-day folk festival is filled with so much culture and history, good cheer, a seemingly endless supply of beer and parties that last for days, we couldn’t wait to throw ourselves in the midst of it all!

Having arrived in Munich the night before, we woke up and ventured out early to a nearby store so we would be dressed in the appropriate attire. I hadn’t wanted to purchase anything outside of Germany ahead of time, as I wanted my outfit to be as authentic as it could be. I was certainly left more out of pocket doing it this way (all being in such high demand at the time) but I still adore the clothes we picked out and hope to be able to wear them again!

We stayed quite central, at the Adagio Muenchen City Hotel & Apartments, so we were right by all of the action. We were only a 10 minute walk to the Oktoberfest grounds, and an even shorter one to the main square in town, meaning we could get about conveniently on foot (was nice to leave the car where it sat for a few days). Getting dressed and making our way outside again, the streets were full of people as the opening day parade started, and went on with almost no end in sight (lasting for more than two hours)! It was brilliant and everyone was on such a high, filling streets and sidewalks, popping out of hotel windows and cheering the procession on.

We made our way through the crowds to the site of the festival, where we were greeted by thousands of others. The crowd was massive, and the parade continued it’s procession through the main entrance. We grabbed some pretzels and something cool to drink, then got about trying to figure out just how this whole thing worked. We lined up outside a few ‘tents’ and ‘halls’ but didn’t get lucky until we stumbled upon the Lowenbrau set up! Here, we jumped into the line waiting to be seated inside, when Christian asked a nearby table if we could order a couple of steins (you only get served if you’ve got a seat). So finally with beers in hands, we continued to wait, until I spotted a table outside that had some space at it. I asked if we could join and next thing we were toasting to Germany with new friends. That table had the best group of people I’ve met while traveling – Michelle, Stephen and Gerard from Australia, Lindsay from Canada and three friends from Switzerland. The two Swiss brothers definitely knew how to party and provided most of the entertainment and too many laughs, the guys from Australia were country boys donning their acoubra’s and downing one beer after another.

Michelle and Lindsay had met on their travel tour group and meant I wasn’t entirely outnumbered by men at the table (I love my partner, but after weeks together and countless hours in the car just the two of us, it was great to have some girl time). We made new friends with people that tacked on to our table to order drinks, joined in with drinking songs and chants with the tables around us – it really was like every man and woman was your new best friend, and everyone was so cheerful and nice (considering that alcohol these days is usually attributed to anger and violence). The number of steins the beer maids/wenches could carry was outstanding. I counted one lady with 12 at once!!

When it started to get dark, our incredible group split up to head to different tents, so Christian and I went to find food and unleashed our inner child on some of the rides. The Power Tower gave the most impressive views over the festival grounds and out into Munich and beyond – I rode it twice because I couldn’t get enough. After that we took on the dodgem cars, where we’ve never laughed more in our lives!

I didn’t take my camera this day, knowing I’d be drinking and not wanting it to be damaged or lost, so these are some photos I got on my phone.

Oktoberfest runs from late September to the first weekend of October in Munich. 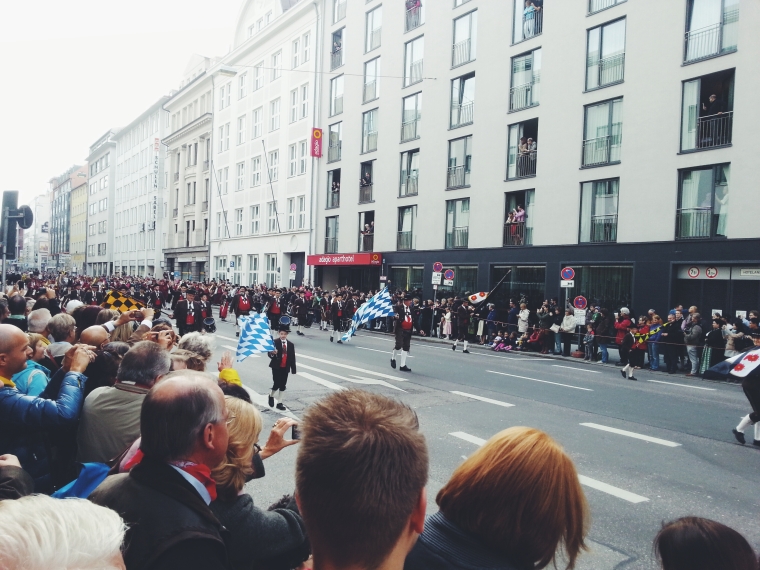 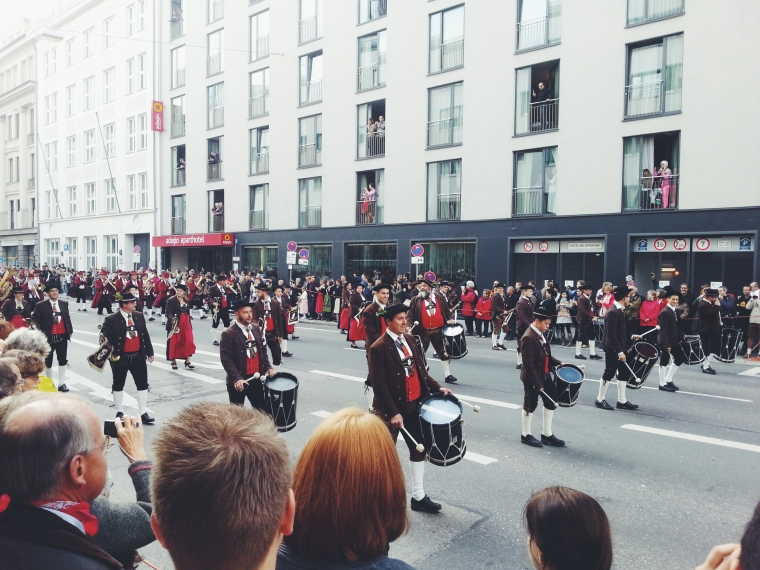 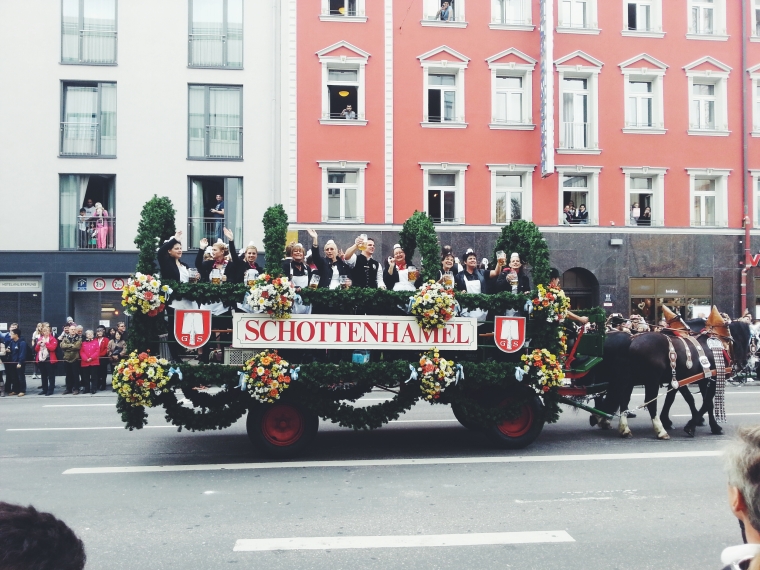 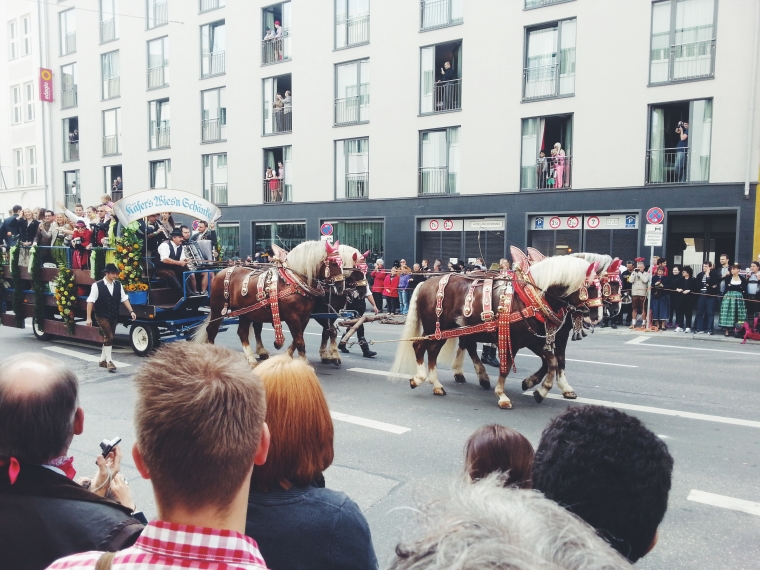 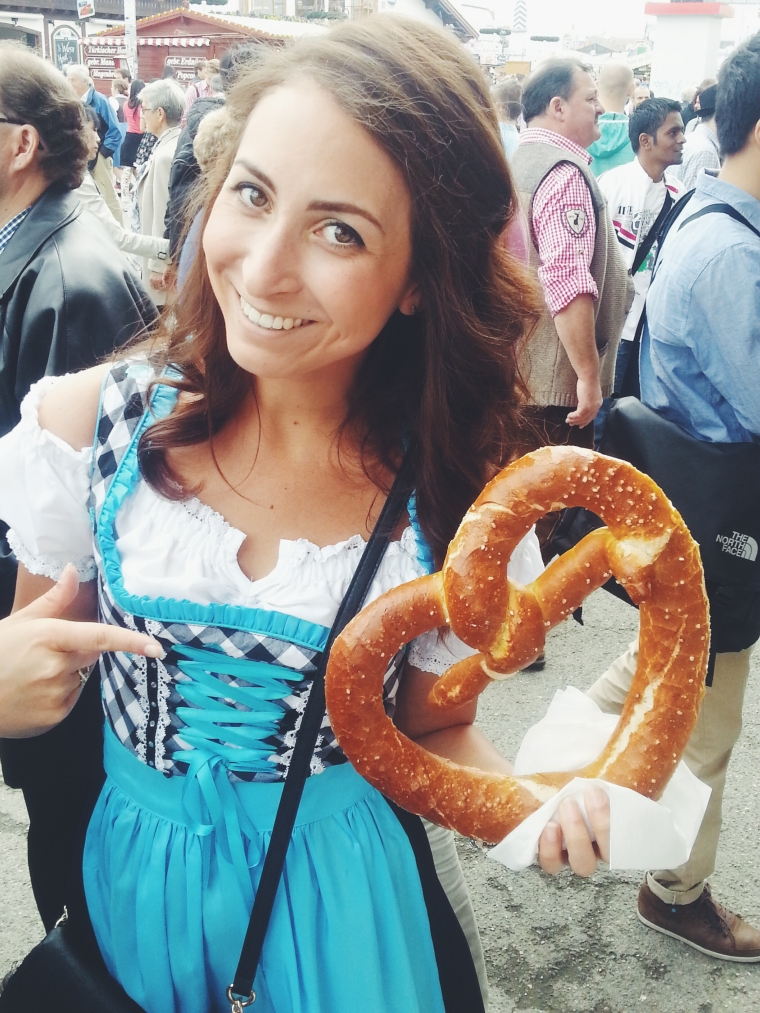 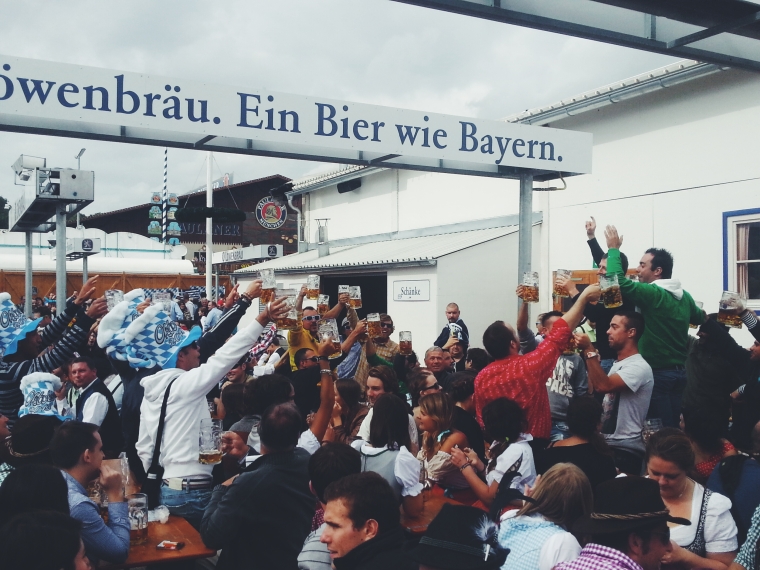 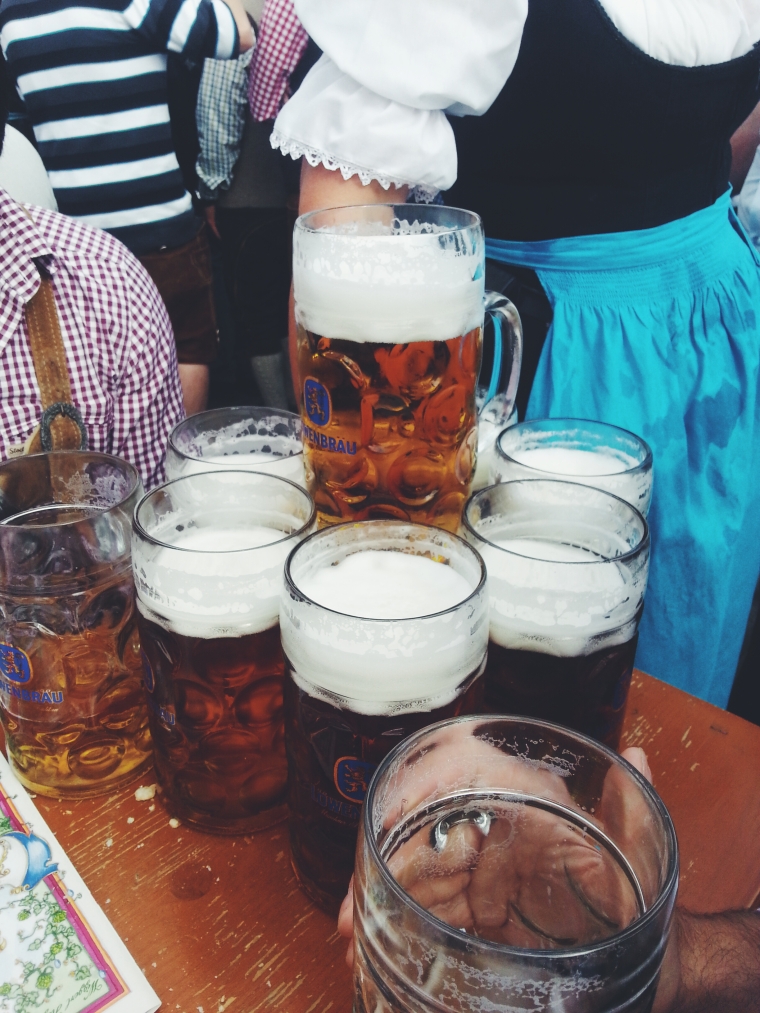 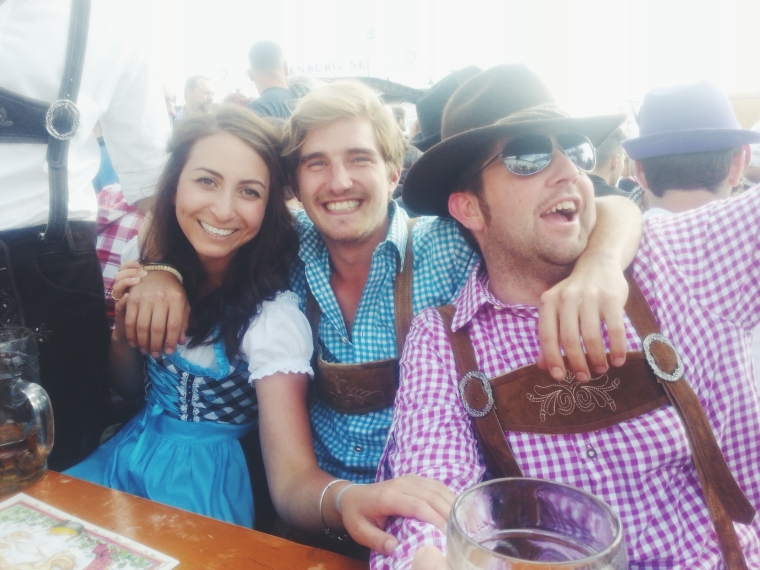 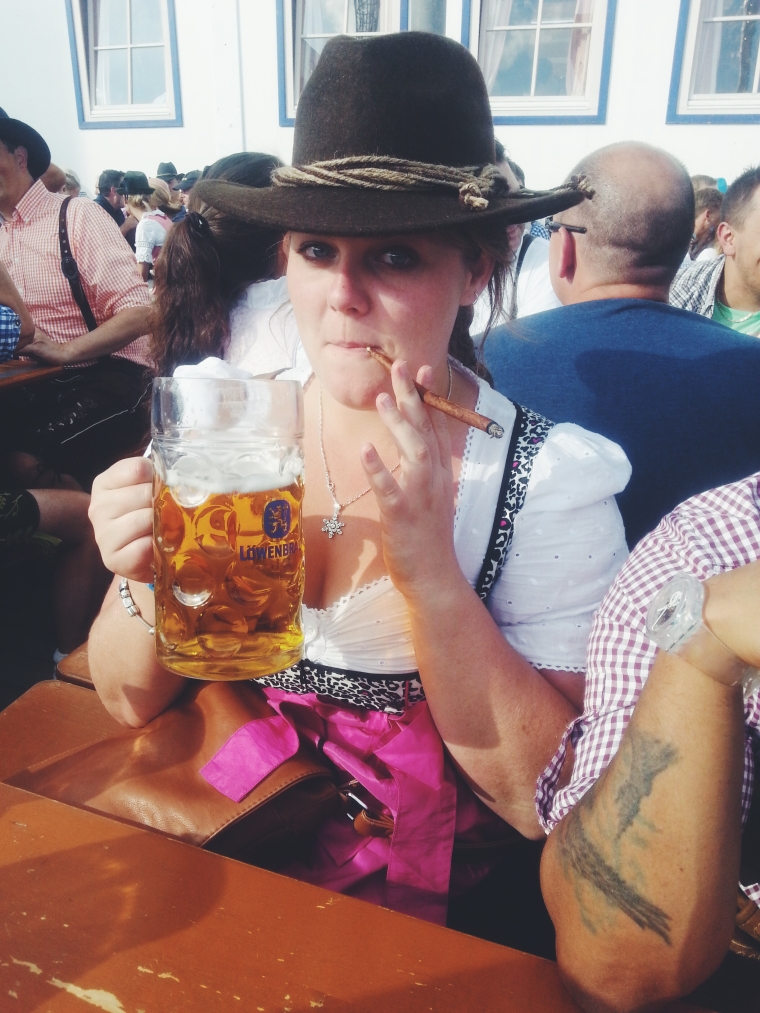 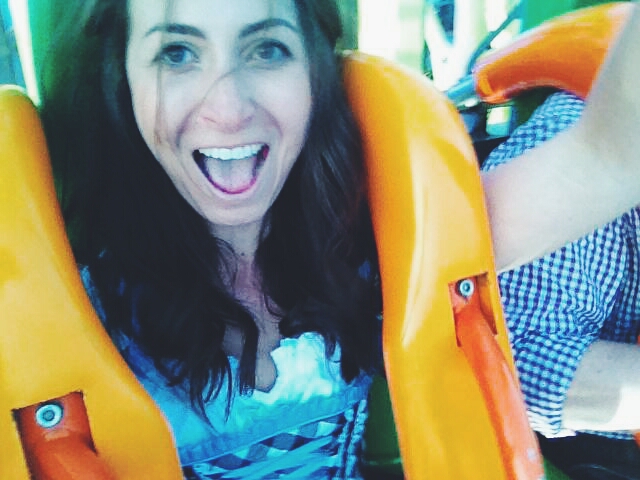 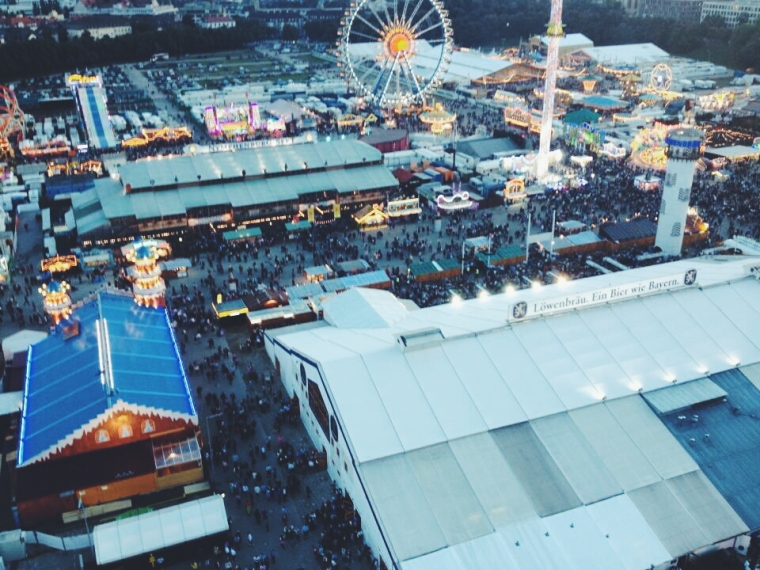 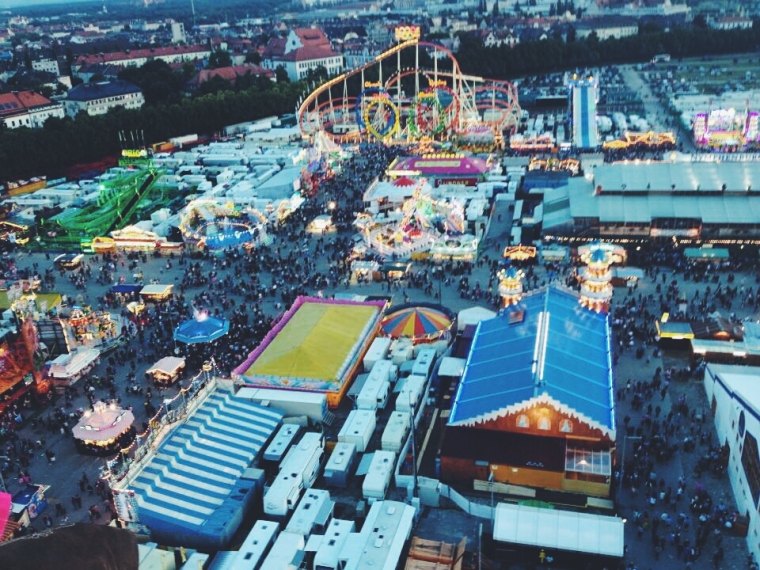 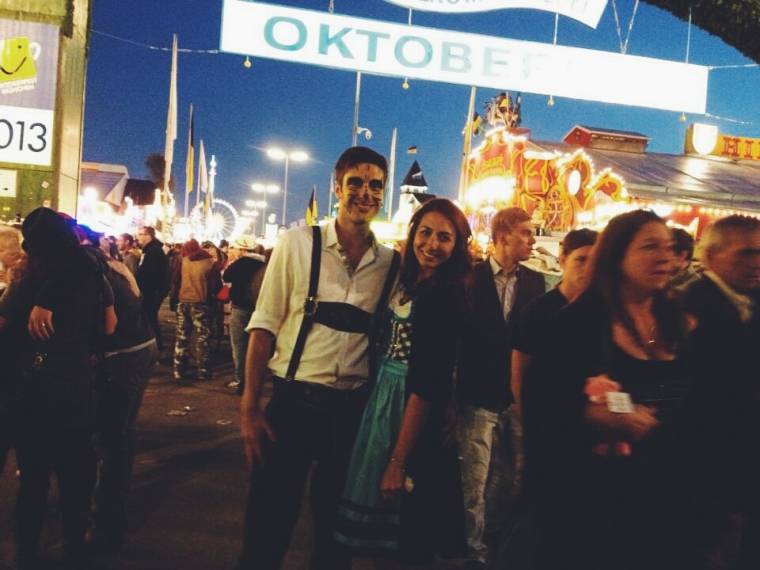 Posted on May 15, 2014 0 By Wander-Full Germany Posted in Germany, Travel, Where to Play Tagged #Beer, Festival, German, Germany, Oktoberfest

There are few things I am more passionate about in life than travel and food (and capturing memories and moments along the way). My blog wander-full.com is all about my exploration of the world, from my backyard and beyond, as well as some of my favourite tales and tips on traveling.

This site uses Akismet to reduce spam. Learn how your comment data is processed.

Our family 👨‍👩‍👦 It still feels so surreal. That we created this little life that’s now here, out in the world! Every day we see a little more of your personality, getting to know you, watching you grow before our eyes! P.S. thankful you’re still young enough to not totally freak out after your Dad shaved his beard off last night 🙃
Follow WANDER-FULL on WordPress.com 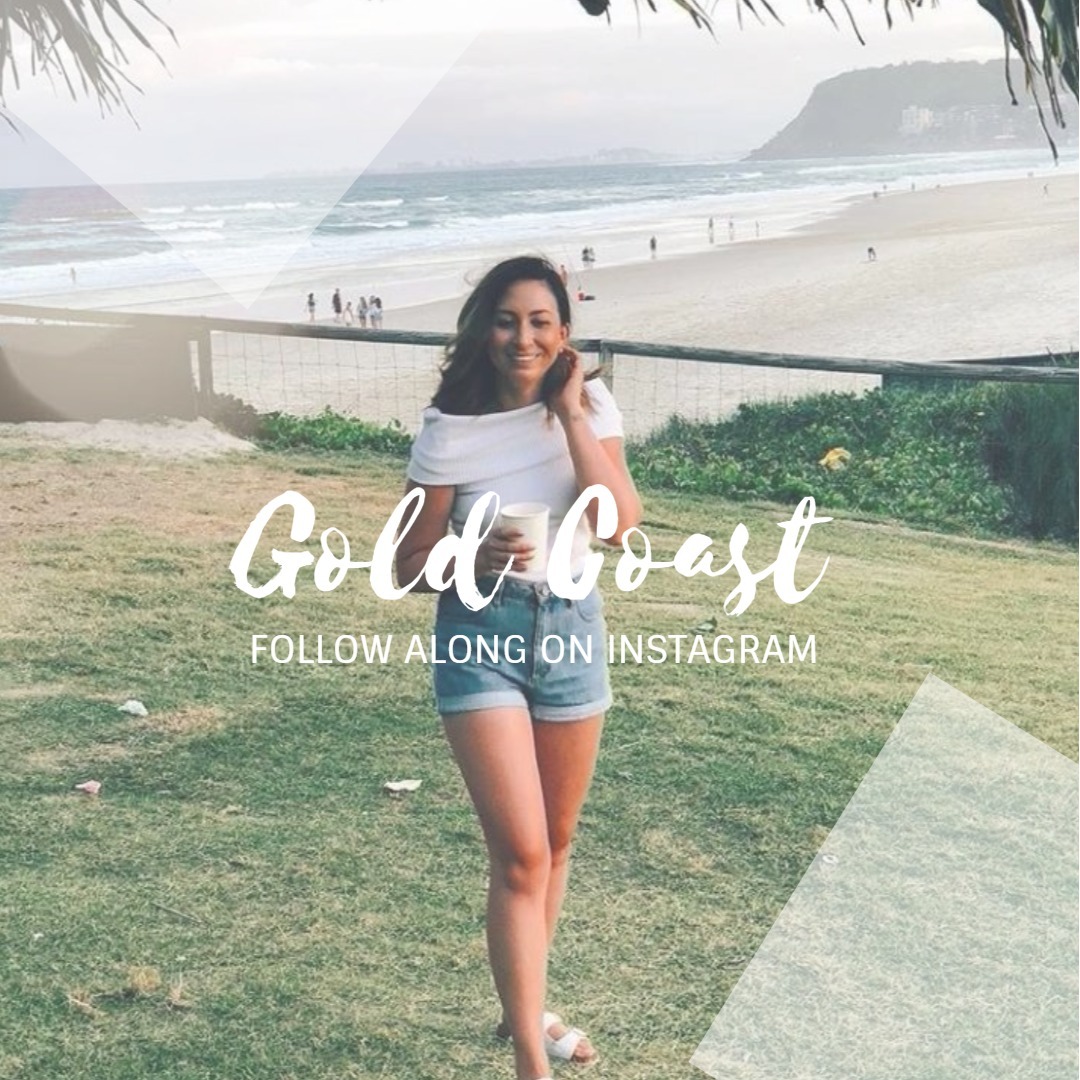